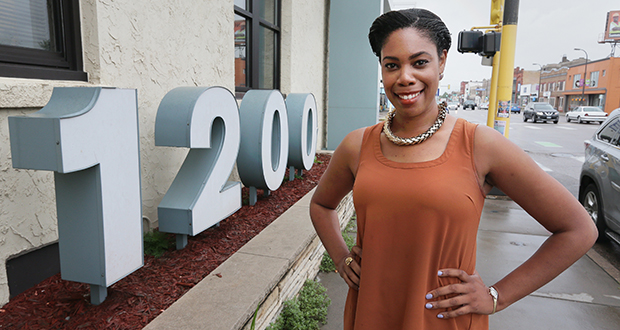 North Minneapolis is one step closer to having its first black-led credit union after Village Financial Cooperative received a contingent charter approval from the state Department of Commerce on Wednesday.

Village Financial, whose creation was spurred on by the police killing of Philando Castile in 2016, seeks to financially support black residents in north Minneapolis by providing an alternative to payday loan companies and check-cashing services.

The contingent approval by the state means the cooperative’s application moves to the National Credit Union Administration, which will decide whether to grant it insurance on its deposits, said Me’Lea Connelly, who leads vision and strategy for Village Financial.

Connelly called it a “milestone” that has put the group on track to open by June 19, or Juneteenth, a date recognizing the emancipation of black slaves.

“It just confirms the vision that the community had, that they had their finger on the pulse of what really needs to happen to move the dial on economic racial inequities in our state,” she said.

More than 1,600 people — mostly black residents and mostly from north Minneapolis — have pledged to join the cooperative, totaling $4.2 million in deposits, Connelly said. The co-op received initial financial support from the Jay & Rose Phillips Family Foundation of Minnesota, and the Minneapolis City Council and Mayor Jacob Frey allocated $500,000 for the credit union in next year’s budget.

Council Member Jeremiah Ellison, who represents a ward in north Minneapolis, thanked Connelly for her leadership and said he was proud the city was supporting the co-op financially.

Ellison said people who struggle economically are exploited by businesses that charge steep interest rates on loans. Village Financial, on the other hand, could set people on the path to obtain a low-interest loan even if they’re not initially approved.

“Getting people in the know on how to steer their financial future is really important,” he said. “To have that centered in north Minneapolis, a place that has faced some pretty steep disinvestment over decades, I think is really important.”

Connelly said the credit union has a goal of 5,000 pledged members by the time it opens next year. Though Village Financial is now based east of downtown Minneapolis, she said it is looking for a bigger space on the North Side.

Castile was killed in 2016 by a St. Anthony police officer during a traffic stop in Falcon Heights. One week after his death, Connelly and others brainstormed ways to improve the economic conditions of black residents. They agreed on the need to form a black-led financial institution on the North Side of Minneapolis.

In a message shared on social media, Village Financial said it would be “laying the foundation for a Black economic renaissance and a permanent reversal of the economic disparities we have suffered for too long.”