The Great, Bloody Black Dispersal from the Cities 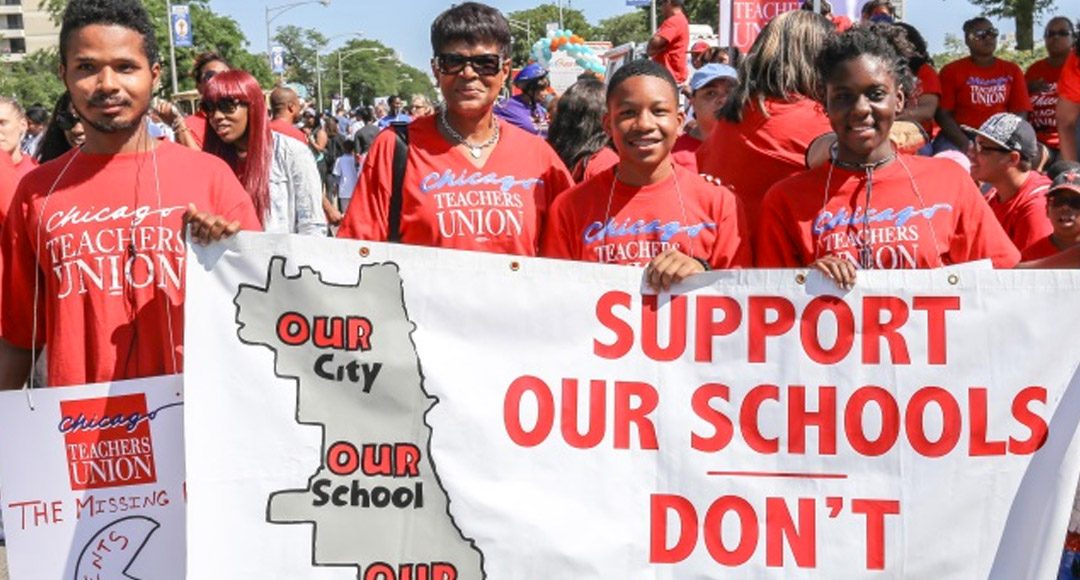 The Great, Bloody Black Dispersal from the Cities

“The grand plan is to reverse the demography of the Seventies by forcing Blacks out of the central cities and into suburbs and small towns, rendering Black people incapable of ever again launching a national movement headquartered in the urban centers.”

The urban saga of the 1950s, 60s and early 70s was white flight from the cities, fueled by massive public and private investment in the invention of suburbia. In the 21st century, the racial dynamic has been purposely reversed, as the window closes on Black majority cities—and on dreams of concentrated, Black urban political power.

The rapidly unfolding dispersal of Blacks from the cities, like the white invasion of the surrounding hinterlands in the previous era, is the result of deliberate state policies, dictated by finance capital. But, this time, the demographic makeover has been effectuated and politically finessed with the active collaboration of a Black misleadership class that, paradoxically, owes its existence to the concentration of Black populations during the Sixties and Seventies.

The de-Blackening of urban America is a wrenchingly painful and bloody amputation-in-progress. In a frenzy of demolition, the U.S. has lost a quarter million units of public housing since the mid-1990s, only a small fraction of which has been replaced with new public housing, according to the Center on Budget and Policy Priorities. Black mayors and heavily Black city councils have, typically, bought into the notion that concentrations of poor Black people are, by definition, vectors of pathology, while concentrations of affluent whites are the indispensable ingredients of urban “renaissance.” It is the logic of apartheid, cloaked in phony economics.

“The de-Blackening of urban America is a wrenchingly painful and bloody amputation-in-progress.”

Gentrification and renaissance-making—euphemisms for Black-removal—are violent processes. Whole neighborhoods are condemned for “rehabilitation” from “blight”—another euphemism, since the targeted infestation is human. The real estate industry covets the land, but demands that it first be cleansed of undesirable inhabitants. This requires the ruthless application of police force, creating a hostile environment, especially for young Black males, whose mothers begin to seek an exit to the South or a nearby, Blackening suburb. It is no coincidence that police forces in “renaissance”-minded cities across the nation introduced draconian “stop-and-frisk,” “designated drug zone” and “anti-gang” policies in the Nineties, as gentrification went into high gear. They methodically created an unbearably hostile environment for unwanted families.

Gentrification requires the destabilization of the existing populations in targeted neighborhoods. Politicians that respond to the imperatives of capital—and that means virtually all big-city Democrats, of all races—acquiesce to or champion policies that destabilize the lives of their poor Black constituents, all the while claiming it is for their own good. The most powerful local government tool, other than the police, is the public school system. Gentrifying mayors across the country have sought and won control of local schools and used that power to make city life untenable for the “excess” Black populations of their cities.

“The school closings added new layers of instability to the lives of families on Chicago’s heavily Black south and west sides.”

No mayor has been more intent on driving Blacks from his city than Chicago’s Rahm Emanuel, Barack Obama’s former chief of staff and close political ally. Building on the mayhem inflicted on Black Chicago by his predecessors, Emanuel caused the closing 50 schools. The result was catastrophic, as students were forced to transit unfamiliar gang turf to attend schools that were often no better than the shuttered ones in the own neighborhoods. Many kids died. “What people don’t understand is that if you are 16 years old and get on a bus, when you get off that bus you are gang-affiliated whether you are gang-affiliated or not,” said activist Jitu Brown .

Just as the closing of Chicago’s public housing disrupted gang turf and drug markets, setting off a huge increase in street killings, the school closings added new layers of instability to the lives of families on Chicago’s heavily Black south and west sides, the besieged neighborhoods where closings were concentrated. It was the last straw for some parents. As the Chicago Reporter wrote, in an article last December: “Some academics blame city officials for making it harder for poor African-Americans, in particular, to live in Chicago. They closed neighborhood schools and mental health clinics ; failed to rebuild public housing, dispersing thousands of poor black families across the region, and inadequately responded to gun violence, unemployment and foreclosures in black communities.”

“Building on the mayhem inflicted on Black Chicago by his predecessors, Emanuel caused the closing 50 schools.”

“It’s a menu of disinvestment,” says Elizabeth Todd-Breland, who teaches African-American history at the University of Illinois Chicago. “The message that public policy sends to black families in the city is that we’re not going to take care of you and if you just keep going away, that’s OK.”

The message is intentional—and effective. “Chicago’s public schools have lost more than 52,000 students in the past 10 years,” according to a report titled “The Bleeding of Chicago ,” by CityLab. “That’s because school closures sometimes prompt parents to leave the city altogether.” (Thanks to Richard Prince’s Journal-isms for bringing this information to a larger audience.)

In less than two decades, Chicago lost 250,000 Black residents, one quarter of its total Black population. That’s more than the Black populations of New Orleans and Atlanta , and equal to the Black population of Manhattan, New York City. And, it’s happening all over the country, because Black removal from the cities is the national policy of both corporate parties.

The grand plan is to dilute the Black presence, to reverse the demography of the Seventies by forcing Blacks out of the central cities and into suburbs and small towns, leaving the cities to affluent whites and rendering Black people incapable of ever again launching a national movement headquartered in the urban centers.

Black politics is in an existential crisis. This state of affairs has come about, not because Black people failed to vote or to exercise political agency, but because they followed the lead of a grasping and self-centered Black misleadership class that is hopelessly entangled with the Democratic Party and its Wall Street and Silicon Valley funders—the same forces that seek to neutralize the Black political presence in the U.S. Barack Obama gave the game away in his address to the Democratic National Convention, in 2004: “There is no Black America…there is only the United States of America.” But most Black people failed to understand his meaning.

However, the folks that formed the Black Is Back Coalition, in 2009, had heard Obama, loud and clear. There is little time left to preserve Black majorities in Baltimore, Birmingham, Detroit, Cleveland, Savannah and Newark (it’s has already been lost in Washington, DC, and will soon slip away in Atlanta), or to maintain strong pluralities in Philadelphia, Cincinnati, and Norfolk.

Black people can only maintain a powerful and secure presence in the cities through a vibrant, independent, self-determinationist politics. Otherwise, Black dispersal will proceed along its bloody, maddening course, and at a quickening pace.

That’s why the Black is Back Coalition is holding an Electoral School, April 7 to 9 , in St. Louis, Missouri (which lost its slim Black majority in this century). The Coalition is guided by a 19-point National Black Political Agenda for Self-Determination, a document that addresses virtually every issue confronting Black people. Below are four points that are particularly relevant to the push-out of Blacks from the cities:

Black Community Control of the Police. We demand the immediate withdrawal of all domestic military occupation forces from Black communities. This democratic demand assumes the ability of Black people to mobilize for our own security and to redefine the role of the police so that it no longer functions as an agency imposed on us from the outside.

Roll Back and End Mass Black Incarceration. The U.S. mass Black incarceration regime is designed to contain, terrorize and criminalize an entire people, with the result that one out of eight prison inmates on the planet is a Black person in the U.S. As a minimal demand, every U.S. incarcerating authority must take immediate steps to roll back the national prison and jail population to 1972 levels, resulting in the release of 4 out of 5 current inmates in a process overseen by representatives of the imprisoned peoples’ communities––primarily people of color. As a maximum demand, all Africans must be immediately released from U.S. prisons and jails and our community given the democratic right to determine their fate.

Halt Gentrification through the empowerment, stabilization and restoration of traditional Black neighborhoods. Black people have the right to develop, plan and preserve our own communities. No project shall be considered “development” that does not serve the interests of the impacted population, nor should any people-displacing or otherwise disruptive project be allowed to proceed without the permission of that population. Peoples that have been displaced from our communities by public or private development schemes have the Right to Return to our communities, from New Orleans to Harlem.

Right to Free Education through post-graduate level. Public schools must meet the highest standards of excellence, under the supervision of educational boards directly elected by the communities they serve. We oppose both for-profit schooling and philosophies of teaching that put profit over human development, and we support democratic educational values and strategies that empower students and their communities to determine their own destinies. In the immediate term, Black people in the U.S. need education that facilitates our liberation from white supremacy and corporate hegemony.

Make arrangements to attend the Black Is Back Coalition Electoral School. It’s a lot later than you think.