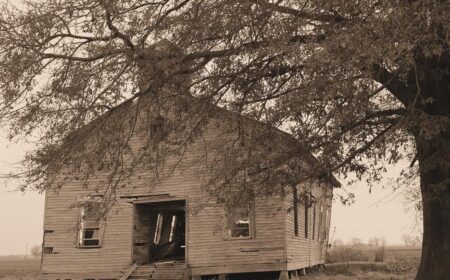 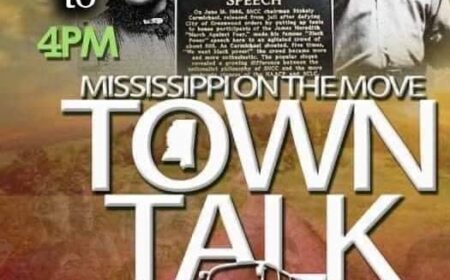 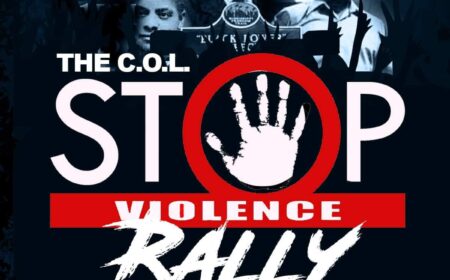 Why is Jay-Z’s Criminal Justice Reform Helping To Erase the Struggle to Free Political Prisoners?

“…to become free, you have to be acutely aware of being a slave.”

For the past 65 years, the United States of America has avoided answering for its continued crimes against humanity, through the strategic use of “window-dressing” reforms, and handpicked “Negro” ambassadors. The use of Black entertainers to protect America’s image against foreign accusations of human rights violations, was a strategy devised by the Eisenhower administration during the Cold War.

When we examine the modern day Criminal Justice Reform movement, it readily exposes itself as another attempt by America, to cover its long trail of human rights abuses. The movement, as currently constructed, was birthed in the early 2000’s by the Brookings Institute, and was meant to serve as a Democratic Party, policy carrot, during the 2004 election. As fate would have it, this initial push for criminal justice reform was drowned out by the sound of the nations war drums, and wouldn’t be picked up again for more than a decade.

During Barack Obama’s 2nd term in office, the issue of Criminal Justice Reform was put back on the table as a strategic policy baton (i.e. hand-off to Hillary Clinton), for succession planning. Rapper Jay Z, having replaced Reverend Al Sharpton, as Black America’s #1 surrogate for the Democratic Party, was at the forefront of the newly revived, Brookings Institute, reform discussions. Serving as Barack Obama’s Chief Hip Hop Ambassador, Jay Z was given unprecedented access to the Democratic Party’s media outlets, to lead the public discussion on the need for reform.

Jay Z, like Eisenhower’s “Jazz Ambassadors” before him, has very little awareness of how his hard-won political capital, within the Black Community, is being mined for the political gold needed to finance the Democratic Party’s domestic and foreign agenda. On the local level, neoliberal criminal justice reform was needed as the policy center-piece for the 2016 presidential platform of Hillary — My Prisoners at the Governor’s Mansion — Clinton.

It was strategic enough, as a policy, to ingratiate Hillary Clinton with the Black community — by presenting it as something she was “doing for us” — while at the same time it could be pitched as non-race-specific policy, to avoid alienating the Democratic Party’s, racist, white voter base.

To add even more weight behind this political gambit, Obama summoned his version of Eisenhower’s “Jazz Ambassadors” to the white house, in the middle of a hotly contested Democratic Primary between HRC and Bernie Sanders, for a so-called “Criminal Justice Reform” summit (4/15/16), which was nothing more than a thinly veiled Hip Hop recruitment gathering for Hillary ’16.

On an international level, it was the strategic cover America needed to drown out the continued claims of human rights violations, as evidenced by the disproportionate number of Black men, and growing number of Black women, being held in America’s political concentration camps.

The November 2017 sentencing of rapper Robert “Meek Mill” Williams, was the catalyst needed to galvanize Jay Z, the State, and the Democratic Party’s billionaire donor-base, around a single issue: PROBATION REFORM.

The lunacy of Meek Mills arrest and imprisonment, was so outlandish that it made international headlines, positioning Meek as America’s new, most iconic “Political Prisoner,” overnight — The former being, Mumia Abu Jamal.

Meek’s arrest was political gold for the Democratic Party’s reform agenda, because it provided a grassroots movement, that appeared organic enough, to move full steam ahead with neoliberal criminal justice reform. Meek’s release also symbolized just how this new “reform” movement, would be used to drown out advocacy efforts on behalf of Political prisoners.

Just as Obama’s rise to the presidency, forever deafened the cries for justice by African Americans, Meek Mills ascendancy as America’s most iconic political prisoner, has aided in silencing the cry for justice by the Afrikans that have been held captive, since before Meek was born.

Meek’s Cinderella debut, and helicopter ride to the Sixers game, completely overshadowed, Mumia Abu Jamal, who on that same day, was finally back in court for his long awaited hearing to have his case reopened.

But even beyond Mumia, the great tragedy, and injustice of this corporate-owned reform movement, is that it has allowed American policy makers to spin a narrative that U.S. Mass Incarceration is somehow the result of a “broken system,” and not the direct result of neoliberal policies intended to deal with the threat of Black radicalism.

The sad irony here, is that two Black men who are the products of America’s fear of creating a new generation of George Jacksons and Fred Hamptons — Meek Mill & Jay Z — are both having their ignorance weaponized against the same group of political prisoners, who were the impetus for the neoliberal era of Mass Incarceration in America.

That any Black man in America would be willing to entertain a discussion on Prison reform, that doesn’t involve the release of these political prisoners, and the pardon of those still in exile (e.g. Mama Assata Shakur) is the deepest of tragedies.

But even with my deep feelings of betrayal, I still continue to hope that our Brothers Meek Mill & Jay Z, will experience a legitimate awakening, as they had no control over the manufacturing of their consciousness, which has ultimately shaped their character.

In the wake of the generation of George Jacksons and Fred Hamptons, America sort to provide itself with an army of Jay Zs and Meek Mills, from which they could handpick the winners and losers. The consciousness of this new generation of black male youth has been manufactured to embrace hyper capitalism, and rugged individualism. Thoughts of collective struggle, don’t have a chance of entering such a mind, without the light of a proper political education.

“As a slave, the social phenomenon that engages my whole consciousness is, of course, revolution.”

This lack of proper analysis, is one of the reasons why Jay Z can name drop scholars like Ruthie Gilmore, to score criminal justice points, but wouldn’t be caught whispering the names of any of our political prisoners, in earshot of his corporate sponsors.

This inability for Jay Z to wrestle with his own contradictions, makes him the perfect running back on behalf of the State, and corporate America’s private interests. Sometimes I ask myself, “does he realize how he’s being used to run interference, or is he blinded by the prestige and corporate deals that come with being useful?”

What was despicable about Jay Z allowing himself to be maneuvered in the interest of US foreign policy, was the Obama Administration also added Assata Shakur to the FBI’s most wanted list, and placed an additional one-million dollar bounty on her head, within one-month of Jay Z’s return from his Hiplomatic excursion to Cuba.

To be fair, I genuinely believe, that both Meek Mill and Jay Z feel they are doing the right thing. The challenge I have with them, is they’ve both shown just how willing they are, to abandon the struggle of their people, when it aligns with their economic interests.

During his visit to the Breakfast Club to discuss “standing up for reform,” Meek Mill was asked by one of the hosts (at the 18:18 mark), if he’s concerned with his activism around prison reform “f*cking with those peoples money?”

This one statement by the famed freedom fighter, sums up the consciousness of an entire generation — where the movement builders of yesterday, have been replaced by the brand builders of today. This notion that I will fight for my people, as long as it comes with corporate endorsements, speaking fees, a one-way ticket to the island of Black excellence — and no resistance from my oppressor, is the prevailing consciousness of our generation.

This cancerous mindset, as well as the aforementioned reasons, is what led me to write this open letter to you (Dr. Shakur). Marcus Garvey once said, “What you do today that is worthwhile, inspires others to act at some future time.” It is my hope that by writing this open letter, it will inspire others to examine and confront their own fears, as I have done my own.

Only time will tell if the island of Black excellence, can be transformed into an edifice of maroon resistance, or if it’ll remain America’s decadent colonization scheme, for it’s newly manumitted slaves — who falsely believe that the chains of mental enslavement can be broken with dollars.