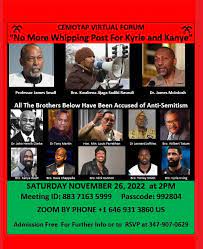 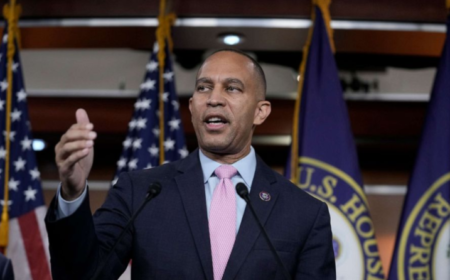 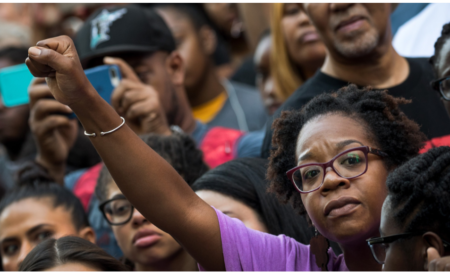 Originally, ‘The Star Chamber’ was established in the 15th Century to enforce jurisprudence against social & political notables so powerful that ordinary courts would be hesitant to convict them of any crimes. However, ‘The Star Chamber’ became synonymous to a tyrannical court through unchallenged punishment of defendants wielded in secrecy, for crimes the court deemed to be morally reprehensible, but were not in violation of the letter of the law. For example, committing adultery is not illegal but it is highly frowned upon in the moral sense.

The vile reputation and absolute power of application of ‘The Star Chamber’ became a potent symbol in America of oppression; and the hostility of the ‘Founding-Fathers’ morale to reject the abuse of power of ‘The Star Chamber’; and sought a liberty interest & protection for democracy independent of England’s crown.

In the U.S. Constitution, the enumeration of certain rights as specified in the 9th Amendment, the right to a public trial by jury is ascribed to be among the most important privileges of an American; and further decreed to receive the highest form of judicial protection. “According to the Supreme Court the right to a public trial by jury under the 6th Amendment is granted to criminal defendants in order to prevent oppression by the government, and safeguard against any attempts to employ the courts as instruments of persecution”.

In the mid-1980’s, during America’s declaration on the ‘war on drugs’, the ‘Federal Mandatory Minimum Sentencing Guideline’ was enacted into law. The primary goal was to alleviate sentencing disparity that research had indicated was prevalent in the previous sentencing system. Nonetheless, upon initiation, it has subsequently cited as evidence of an unconstitutional pandect that utterly marginalized the ‘Due Process Clause’ of the U.S. Constitution. Therein, the 5th Amendment determined that, ” No person shall be held to answer for an infamous crime unless on a presentment of an indictment…. nor be deprived of life, liberty, or property without due process of law”.

The Supreme Court has ruled that ‘Due Process’ requires the government to comply with certain standards in criminal cases, specifically mentioned in the ‘Bill of Rights’; such as a public trial by jury. As well as, the right to a presumption of innocence, and to have the government prove its case to a jury beyond a reasonable doubt. The underlying concept is that the government many not behave arbitrarily and capriciously, but must act fairly according to established rules.

Notwithstanding, under the guise of the ‘Federal Mandatory Minimum Sentencing Guideline’, we have an instrument of persecution that dubiously infringes on defendants’ right to due process, and to a

trial by jury; by employing ‘Federal Prosecutors’ and its team of ‘Probation Officers’ to reconvene in place of a jury trial, and veto the decision by the jury. Hence the Federal Prosecutors and its team dictates what element of facts of the crime that the defendant will be sentenced without regards to the letter of the actual conviction. This action is similar to the tyrannical court of ‘The Star Chamber’. In Baltimore and Carolina Line vs. Redman (1935), the Supreme Court upheld that juries decide facts of a case, and judges determine what laws are relevant to those facts.

For over a span of 30 years, since the inception of the ‘Federal Mandatory Minimum Sentencing Regime’, criminal defendants have been damned to ‘cruel and unusual’ inflated sentencing above the guideline range of their actual convictions for elements of hearsay and suspicion of uncharged or unindicted crimes; and stridently bizarre for indicted charges that were acquitted or dismissed. Which consequently, double, triple or aggregate a life without parole prison sentence. A summary of this authoritarian proceeding is riddled in Criminal Defendants’ PSI (Pre-Sentenced Investigation Report), or what I deem to be equivalent to “The Star Chamber Report”.

The ‘Federal Mandatory Minimum Sentencing Guideline’, imputes the government and its probation authorities, or the court – at sentencing, to go outside the presentment of an indictment and forged up other crimes; and additionally, undermine the jury’s verdict and determine their own theoretical belief of the case; as well as, utilize acquitted conduct to enhance a defendant’s sentence above the maximum range of the guideline of their actual conviction. At sentencing, a defendant can be acquitted of counts on their indictment and found guilty on other accounts, but be sentenced as if they were guilty of every account based on evidence the court has deemed fact in “The Star Chamber Report”. This is un-American and antithetical to all the tenets in which the ‘Founding-Fathers’ and Farmer’s sought to preserve and protect in the ‘Bill of Rights’.

The marginalization of due process based on Secret Courts fact finding continuously results in countless defendants being ‘Unjustly Sentenced’; this has been perpetuated to an extravagant numbers of decades that aligned Criminal Defendants to their life expectancy, or outright execrate a life without parole prison sentence for nonviolent conviction. These Secret Court proceedings are uniquely malevolent and blameworthy to have fueled the decades of growth of ‘Mass Incarceration’ and as a consequence defendants will continue to receive unjustly punishment for years to come. Which undoubtedly will continue to fuel the United States as number # 1 in Mass Incarceration.

Bounding criminal defendants to punishment according to their actual conviction can cure the Mass Incarceration crisis almost overnight; and thus, the system won’t have to alter their stance on crime policy.

Scroll down to see next article
Blogs & Articles