Traditional healing vs. western medicine in the African continent

Traditional medical practitioners and herbalists vastly outnumber the country’s Western trained doctors according to the World Health Organization. Across the African continent, many people continue to seek traditional remedies and the counsel of traditional healers and herbalists before or simultaneously with Western medical guidance.

They want the South African government to provide training and technical assistance in their fight against Covid-19.

In fact, traditional practitioners and herbalists are the African equivalent to America’s front line workers with respect to physical and mental health care on the Continent. They are a sought after source of health care according to Professor Motlalepula Gilbert Matsabisa, professor of pharmacology at the University of the Free State in Bloemfontein, South Africa.

Imperial domination of Africa occurred in multiple phases over centuries, starting with domination of Africa’s Coastal regions. The most pervasive form of Colonialism involved the total partition of the Continent by 14 European nations at the Berlin Conference of 1884-1885.

Led by France, Germany, Great Britain and Portugal, European powers created artificial boundaries and sliced up sections of Africa without regard for the diverse cultures, languages and ingenious kingdoms that already existed.

By 1914, Berlin Conference participants divided the African continent into 50 countries and maintained power for decades. The majority of African nations gained independence from European Imperialism from the 1950’s through 1976.

But by then, the damage to traditional medicine had been done. “Colonialism came in alongside Christianity and decimated traditional and herbal medical practice traditions,” said Boghuma Titanji, third year infectious diseases resident at Emory University Medical School.

“Christian missionaries told traditional healers their practice was ‘of the devil and unclean.’ Then Imperialist leaders from Europe shunned traditional medicinal practices and made them illegal,” Titanji said.

“By the time the Colonialists packed up and left, traditional medicine was crippled,” she remarked.

While some African leaders, like South African President Ramaphosa, recently expressed support for traditional practitioners during recent protests, Titanji says it’s time for African governments and traditional healers to come to the table and engage the clinical trial process to prove the efficacy of traditional herbs and remedies for Covid-19 and many other illnesses.

Titanji said government corruption has prevented some African countries from funding large scale clinical trials needed to scientifically prove herbal remedies work and can be standardized. Traditional practitioners also, must move beyond well-founded reservations of the past and work with the Western clinical trials process.

“There is a lack of trust by traditional healers to allow their product to be tested in a standardized manner,” Titanji said. “But anecdotal claims alone won’t guarantee the kind of consistent efficacy established through clinical trials,” she added.

Dr. Matsabisa is currently chairing a World Health Organization Regional Expert Advisory Committee on Traditional Medicine for COVID-19. The 25-member advisory group is supporting countries in their efforts to enhance research and development of traditional medicine-based therapies against the Covid-19 and provide guidance on the implementation of approved protocols.

Matasbisa too believes the government-backed clinical trial is the next step in the process. “The adoption of the technical documents will ensure that universally acceptable clinical evidence of the efficacy of herbal medicines for the treatment of COVID-19,” he said.

Matsabisa voiced hope that the generic clinical trial protocol will be immediately used by scientists in the region to ensure that people can benefit from the potential of traditional medicine in dealing with the ongoing pandemic.

“African traditional medicine has only been rebuilding itself since the end of colonialism,” said Titanji who practiced medicine in Cameroon before continuing her post graduate training at the London School of Tropical Medicine and Hygiene.

“People [around the world] are gradually opening their eyes to the fact that most people still go to a traditional healer before they go to a hospital. Traditional practitioners are making that leap from not being accepted to being validated.  Clinical trials are the next step in the process,” Titanji concluded. 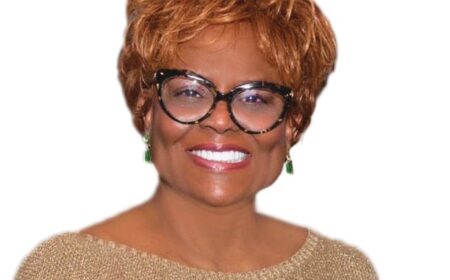 The US Media VS. The Truth: Cuba's Vaccine Blocked by the US (Press Conference w/ Cuban Ambassador). Video hosted by African Esquire TV host, Tierney Sheree