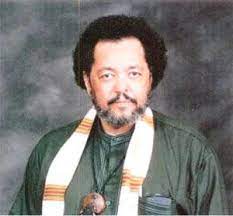 At a rally in Huntsville, Alabama, on Friday, Trump mused: “Wouldn’t you love to see one of these NFL owners, when somebody disrespects our flag, to say, ‘Get that son of a bitch off the field right now, out. He’s fired.’ ”

“That is racism,” Jackson Lee said during a special order of the Congressional Black Caucus. “You cannot deny it.”

Then Jackson Lee took a knee.

Virtually all NFL players who appeared on the sidelines Sunday locked arms, some standing, some kneeling, in response to Trump’s campaign to “fire or suspend” players who kneel during the national anthem and, on Sunday morning, his call to boycott the NFL entirely. The president’s stance — which he adamantly defended Monday on Twitter — has been widely rebuked by the league, owners and players.

He also pushed back against the idea that his opposition to the NFL and its kneeling players was about race.

On Monday, Jackson Lee and the Congressional Black Caucus joined the chorus of criticism. Jackson Lee previously called on Trump to resign following his sexist attack on MSNBC’s “Morning Joe” co-host Mika Brzezinski, who he said was “bleeding badly from a facelift.”

“There is no basis in the First Amendment that says you cannot kneel on the national anthem or in front of the flag,” she said. “There is no regulation that says these young men cannot stand against the dishonoring of their mothers.”

“During another period, we knelt,” Lewis wrote in second tweet. “There is nothing wrong with kneeling down to stand up against injustice. It’s protected by the Constitution.”

Richmond also called for a stronger rebuke of the president. He said he had read more than a dozen statements from owners and coaches about Trump’s “petty and prejudiced attack,” but none of them addressed the root cause of Kaepernick and others’ protest.

In the NFL, he said, 70 percent of players are black, which means they and their families and friends have “experienced racial profiling by police that leaves too many unarmed African Americans injured or dead.”