African Americans can’t wait to get to the polls to cast their ballots in the 2016 United States elections.

It doesn’t matter who is running for the nation’s highest office, most Black voters will do as they are told. They will be given a list, or slate, and instructed to vote for candidates that political exploiters want them to vote for!

Call me a hater if you want to but if you hate the truth I don’t give a damn!

First of all, you have a Constitutional right to vote for whomever you want to and, yes, you should exercise that right but I pray that you will vote smart.

I pray that you will put your voter support behind candidates that support you., stand up for you, speak out for you, be accessible to you, listen to you, be responsive to you and care about you!

And, don’t give me any crap about voting for the “Black” candidates! 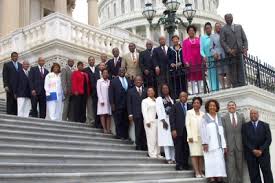 Most Black politicians today are completely worthless and of no use to Black people.

You tell me, who are the candidates that look like you that will fight for the governmental policies and programs that you want? When Congress persons, legislators, commissioners and councilmen vote to appropriate, or divide up, tax dollars to special interest groups, corporate cronies, favored ethnic groups, desired sex and gender groups, who are the Black elect officials that will say “there are more Black people that are suffering, and more Black communities struggling than anybody else why does government give Black people, Black businesses and Black schools and other Black institutions the least government money”?

You think you are going to the polls to vote strong Black men and women but, in many cases, you stepping into the voting booth to cast ballots for dummies and puppets!

You’re not voting for the best representation that we can get, you are voting for Negroes who are willing to be controlled by the Democratic or Republican Parties!

The Democratic Party, for instance, is Willie Tyler and you are voting for Lester. The Republican Party is Buffalo Bob and you’re voting for Howdy Doody!

You think The Gantt Report is crazy? Prove it!

Who is running for office in 2016 that will represent you today like Black people were represented in the past by Adam Clayton Powell, or Maynard Jackson, or Shirley Chisholm or Harold Washington  or even Florida’s Carrie Meeks or Betty Holzendorf?

I knew Meeks and Holzendorf and the candidates of today are not them.

I’ve written it a thousand times but if you forgot it, let me repeat it. If Black political candidates believe that Black business are inferior, Black people are unimportant, Black issues are OK to ignore during the political campaign, they will feel the same way after you elect them!

A Black guy running for a seat in the Florida Legislature called me and asked me to give him some money for his campaign. I asked him to name the Black vendors, political professionals and Black owned media outlets he would spend money with and he told me ALL Black people working on his campaign would be volunteers so he could save his money for white media, white consultants and white vendors.

I hung up the phone on his pitiful ass!

Any Black voter or Black citizen that would give their support to any candidate, Black or white, that thinks all Blacks are worthless is not only a political fool they are a traitor to their race!

Black people have to control the politics in Black communities, Black districts and in Black precincts.

When political parties control Black candidates and tell them what to do, what to say, what to vote for and who they should hire, the Black voters and the Black people will continue to be exploited and oppressed.

If you are interested in politics, start grooming our young people. Teach Black youth how to campaign and generate votes. Teach Black boys and girls how to be strong, proud and politically intelligent Black men and women.

The only Black political clown I’ll support is “Homie the Clown” because if Homie ran for office, Homie wouldn’t play that “I want to be controlled” stuff!

What Does The Black Community Have To Show For Their $420 Billion In Tithe Money?