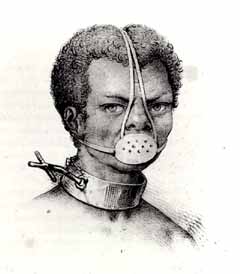 Hundreds of Protestors Close Ports Down To Protest Hiring Practices There

Baraka made good on his promise and led a protest at the Port of Newark, first shutting down one lane of truck traffic and then all lanes on Corbin Street outside the Maher Terminal where he tried to deliver job applications from Newark residents. Port Authority Police watched. Some truckers became hopeless and turned around. Some port workers yelled, “Go back to Newark” and “Run the animals over!”

But, the mayor and hundreds of protesters who came by buses were undeterred as he held court in the middle of the road.

“Guy hit me up on Twitter said you should be worried about crime. I said I am that’s why I’m worried about jobs,” said Baraka said.

The mayor has asked the Justice and Labor departments to investigate and accuses the International Longshoremen’s Association and the New York Shipping Association of denying full-time jobs to Newark residents and said these Newarkers got temporary jobs but were not called back while counterparts from another town were.

In response to the mayor, the ILA’s president wrote: “Historically, the percentage of longshore workers who live in Newark has fluctuated. Even though many Newark residents have been hired for these jobs over the years, many of them have decided to move themselves and their families to other areas of New Jersey and New York to experience a different lifestyle.”

The city of Newark and the Waterfront Commission say the hiring numbers here are disappointing and staggering.

The commission was formed to combat corrupt hiring practices and it says as of March 1, this was the ethnic breakdown of the nearly 1,600 Port of Newark maintenance workers: 40 black, 252 Hispanic and 1,281 white — all men.

In a statement, the Waterfront Commission told us, “The Waterfront Commission has been tirelessly fighting to secure waterfront job opportunities for minorities and residents from Port communities. While our efforts have resulted in an overall increase in minority hiring, the practices of the New York Shipping Association, Inc. (NYSA) and the International Longshoremen’s Association, AFL-CIO (ILA), and others continue to result in an incredible lack of diversity in waterfront employment.”

The ILA said the mayor knows what it stands for and has accepted its $9,000 in contributions to his political war chest. Its president said, “The longshore industry is committed to a discrimination-free waterfront” and “Mayor Baraka presents multiple claims to create the appearance of nonexistent racial discrepancies”

And the Shipping Association, which does the hiring, says the most recent numbers paint a much different picture than the mayor’s.

But, these Newark residents cheered on their mayor’s employment quest.

“We have to say if we can’t get employed there’s going to be hell to pay down there at that port until they start opening up their doors to all Newark residents in this city,” said Baraka.

They vowed this is not the last protest here, it’s the first.